Our microbiologists at BIOCEV have uncovered new principles behind intercellular interactions that influence the evolution of yeast communities. The article has just been published in "Proceedings of the National Academy of Sciences of the USA".

In natural environments, microorganisms form structured populations of interacting cells, which communicate with each other, interact positively or negatively, and form specialized cell variants. Microbial communities influence every-day human life, whether as biofilms of pathogenic microorganisms, beneficial gut microflora, or consortia of microorganisms used in food production or environmental remediation. Understanding the relationships among cells forming such communities is essential for regulating their development and for defending against them.

The research teams of Zdena Palková (Faculty of Science, Charles University) and Libuše Váchová (Institute of Microbiology of the CAS) in BIOCEV used structured yeast colonies to investigate the spatial arrangement of cells, how they compete or cooperate, the emergence of beneficial genetic changes and the regulatory mechanisms controlling these processes. The authors show in the article that cells with beneficial changes expand only in specific colony areas and that the Whi2p-Psr1p/Psr2p protein phosphatase complex (WPPC) plays a key role in such expansion by repressing production of an extracellular inhibitory compound. Secretion of this compound gives cells that have a non-functional complex competitive superiority over other cells. The authors describe a key regulatory role of WPPC in balancing cell competition with cooperation that is important for coordinated development of the population, but also for evolution of the community and for the propagation of beneficial mutations. 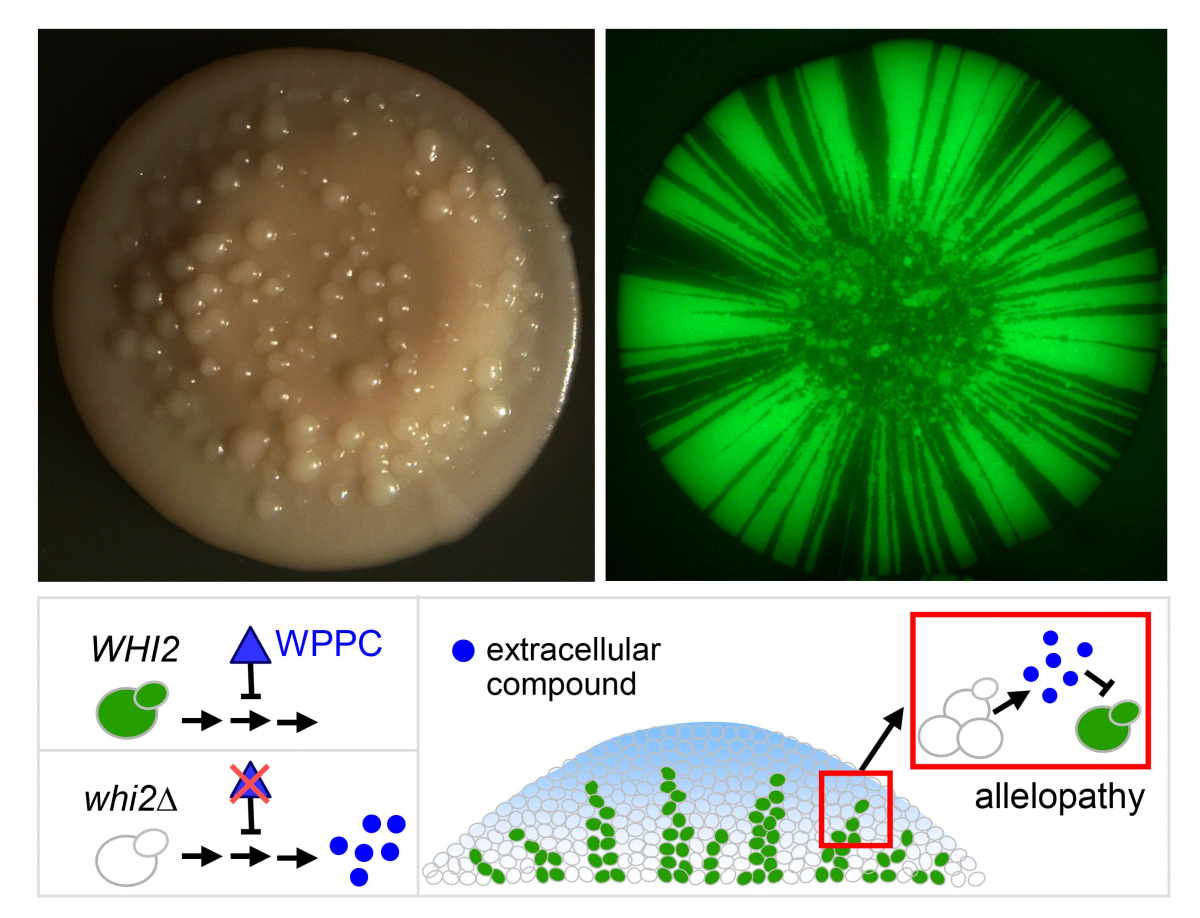 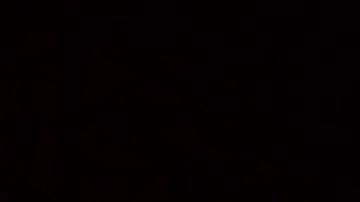 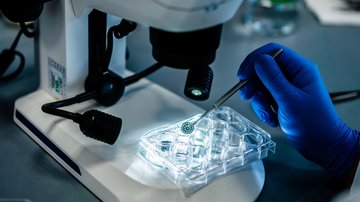 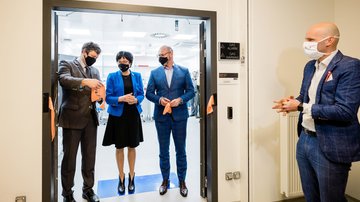 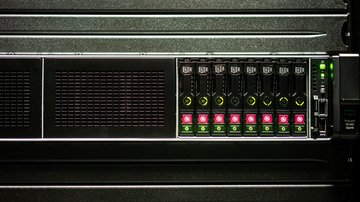 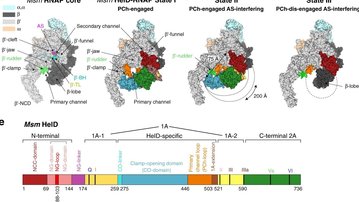