The research team of Dr. Kateřina Komrsková from the Institute of Biotechnology of the Academy of Sciences of the Czech Republic at the BIOCEV centre, which studies causes of infertility, has filed two international patents that are of key importance for the advancement of assisted reproduction.

The first patent documents how to determine sperm quality with extreme accuracy. The second patent describes the selection of damaged sperm from healthy ones and then using the healthy sperm to perform artificial insemination. These patents will help doctors increase the likelihood of successful conception for couples struggling with infertility.

Infertility worldwide affects approximately 7% of men (roughly 30 million individuals of reproductive age). In up to 40% of them, doctors and scientists are not able to determine the cause. It also needs to be mentioned that varying degrees of sperm damage also exist in fertile men. For artificial insemination to have the best chance of success, it is essential to select the highest quality sperm.

According to scientists, the results of research into the CD46 protein, published by Dr. Kateřina Komrsková’s team in 2016, can be used for making precise sperm diagnostics. Research has shown that the presence of this protein on the surface of sperm signals, among other things, poor sperm quality. "We add antibodies against the CD46 protein to the sperm sample, which in the case of low-quality sperm, mark their acrosomes, a cap-like structure on the sperm head. In this way, a healthy sperm can be clearly distinguished from a damaged one,” says Dr. Kateřina Komrsková.

The ability to select an optimum sperm sample will allow doctors to significantly improve the chances of successful conception for couples struggling with infertility. 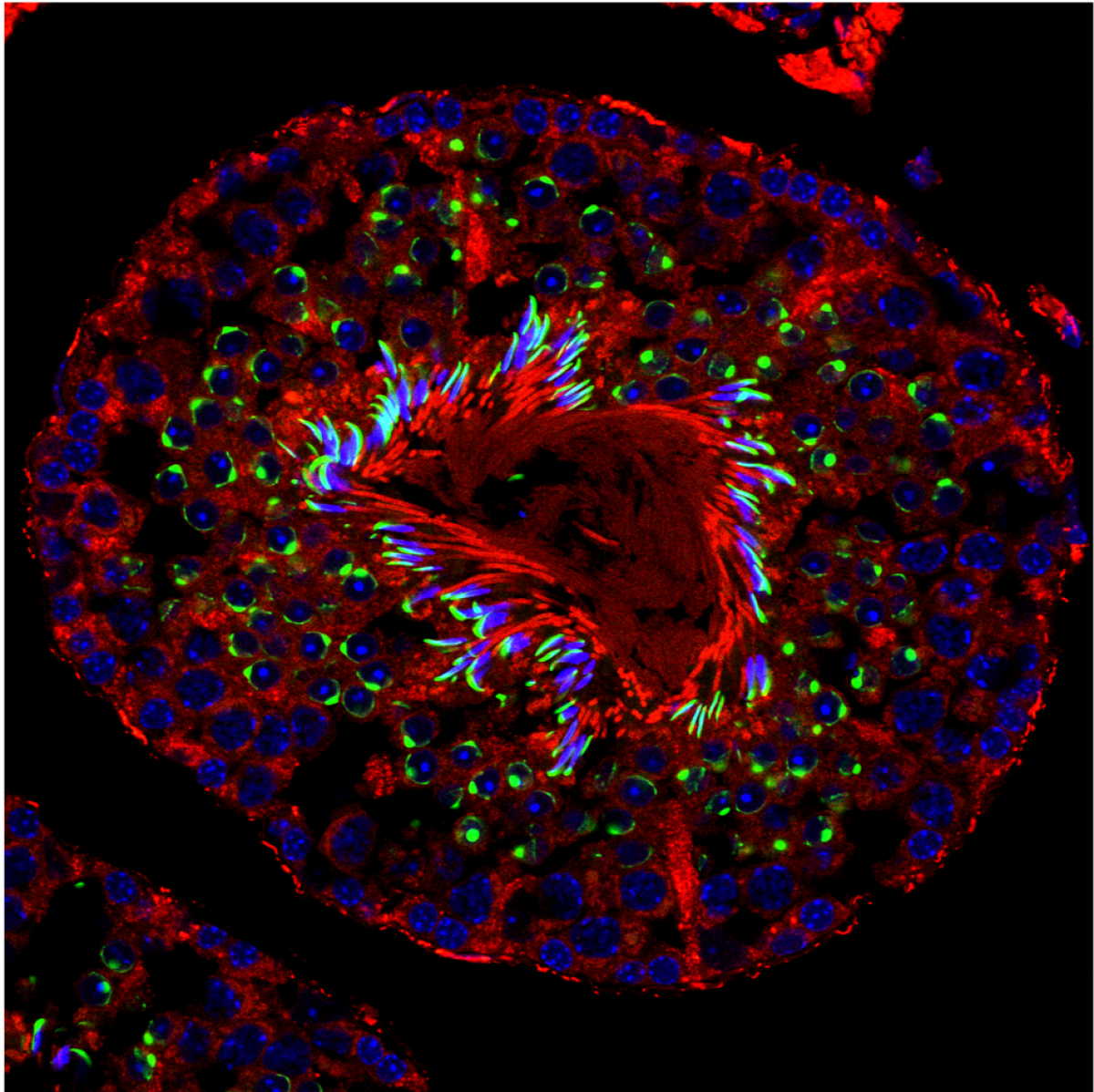 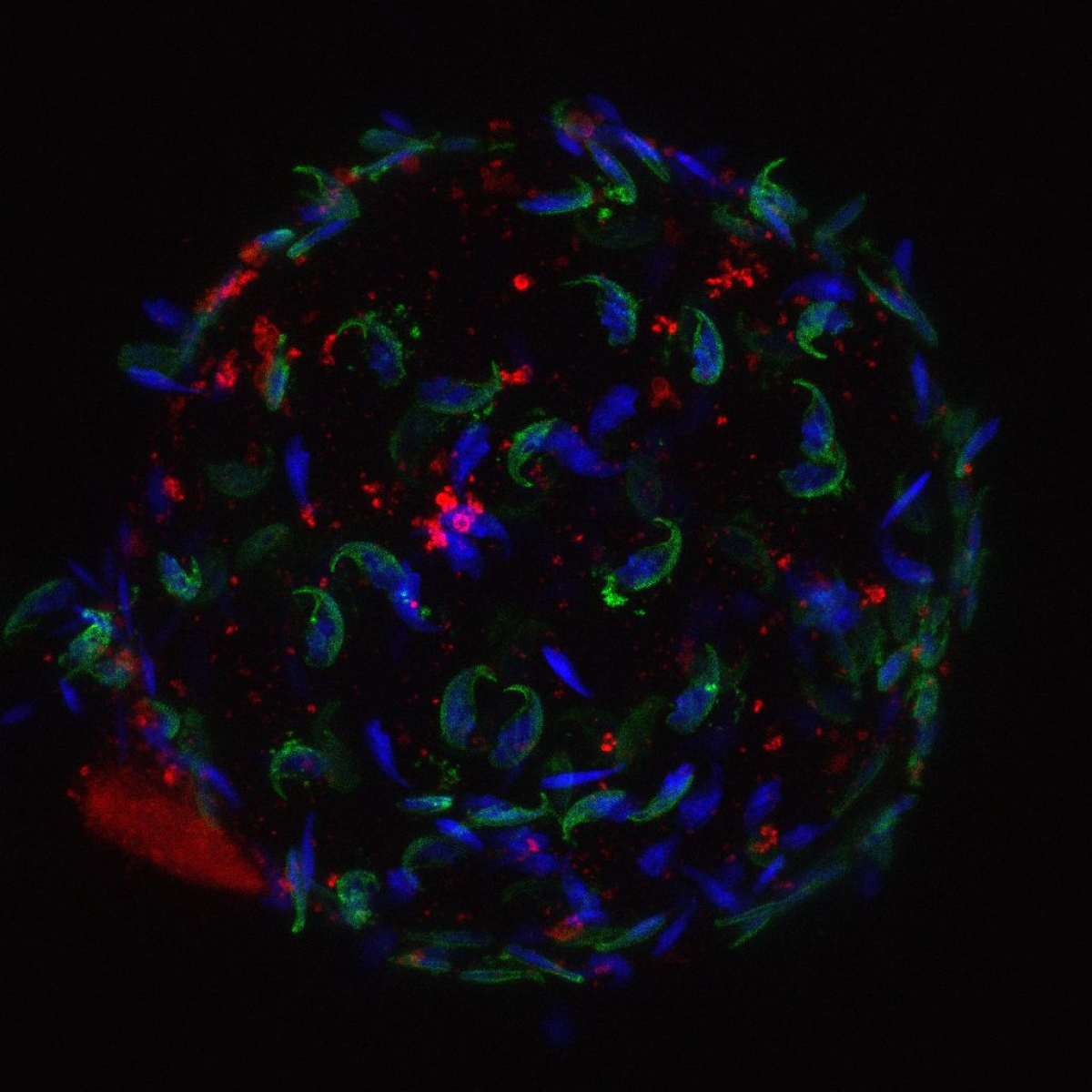 By adding magnetic nanoparticles coated with the antibody against CD46 to the sample, the damaged sperm can be removed from the sample using a magnet, leaving only healthy sperm in the sample. These sperm can then be further used for assisted reproduction. Detailed analyses of magnetically purified sperm have shown that sperm with an intact acrosome have also intact DNA and good motility.

The best selected sperm can be used successfully in classical in vitro fertilization (IVF), which simulates natural fertilization under laboratory conditions, also for the method of intra-cytoplasmic sperm injection (ICSI) into the egg, and for freezing the best sperm for later use. Dr. Komrskova said that “This elegant sperm selection method moves assisted reproduction towards an alliance with nature when only the winning undamaged sperm penetrates the egg and fertilizes it”.

Dr. Komrsková's team was awarded a grant by the Technology Agency of the Czech Republic (TJ02000219) for CZK 10 million in 2019 for completion of a prototype and patent protection of a new technology for use in humans. Participants of the recently organized 30th Symposium of Assisted Reproduction and 19th Czech-Slovak Conference of Reproductive Medicine were fortunate to be the first in the world to see a video capturing the function of the new patent in practice.

On 17 January 2021, two international patents (PCT) were filed, which are of key importance for the future use of this research by the Institute of Biotechnology of the Academy of Sciences of the Czech Republic.

The research of Dr. Kateřina Komrsková’s team uncovered the way to reach correct diagnoses and determine the best method to subsequently treat the problems suffered by infertile couples. A publication describing the dynamics of CD46 and β1 integrin proteins on sperm prior to fusion with an egg was published in 2016 in Scientific Reports magazine. "Our group found that the CD46 protein in human sperm is found on the acrosome membrane. This organelle is located inside the sperm head and is absolutely essential in natural fertilization because a sperm with a damaged acrosome is not able to fertilize an egg", explains Dr. Kateřina Komrsková. 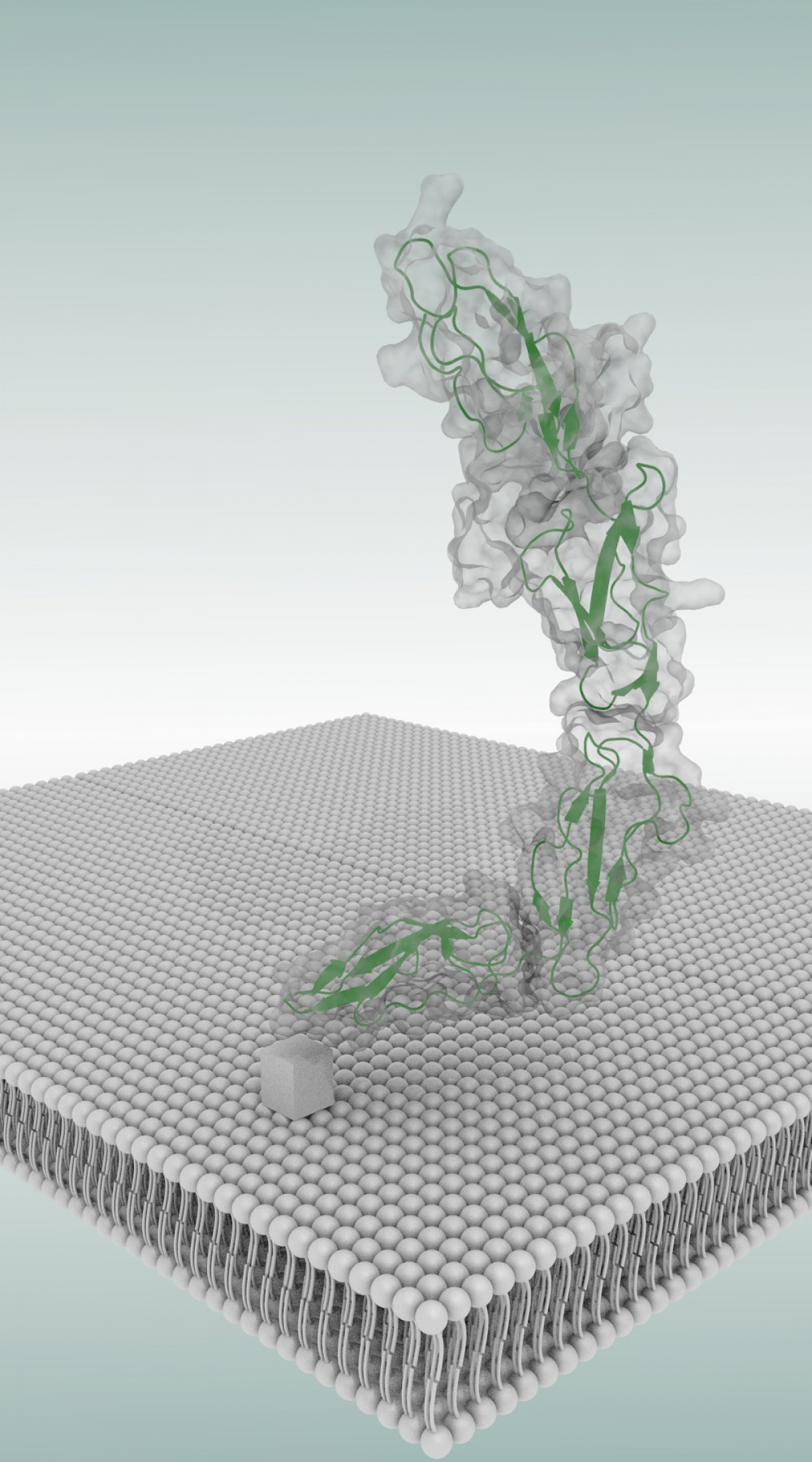 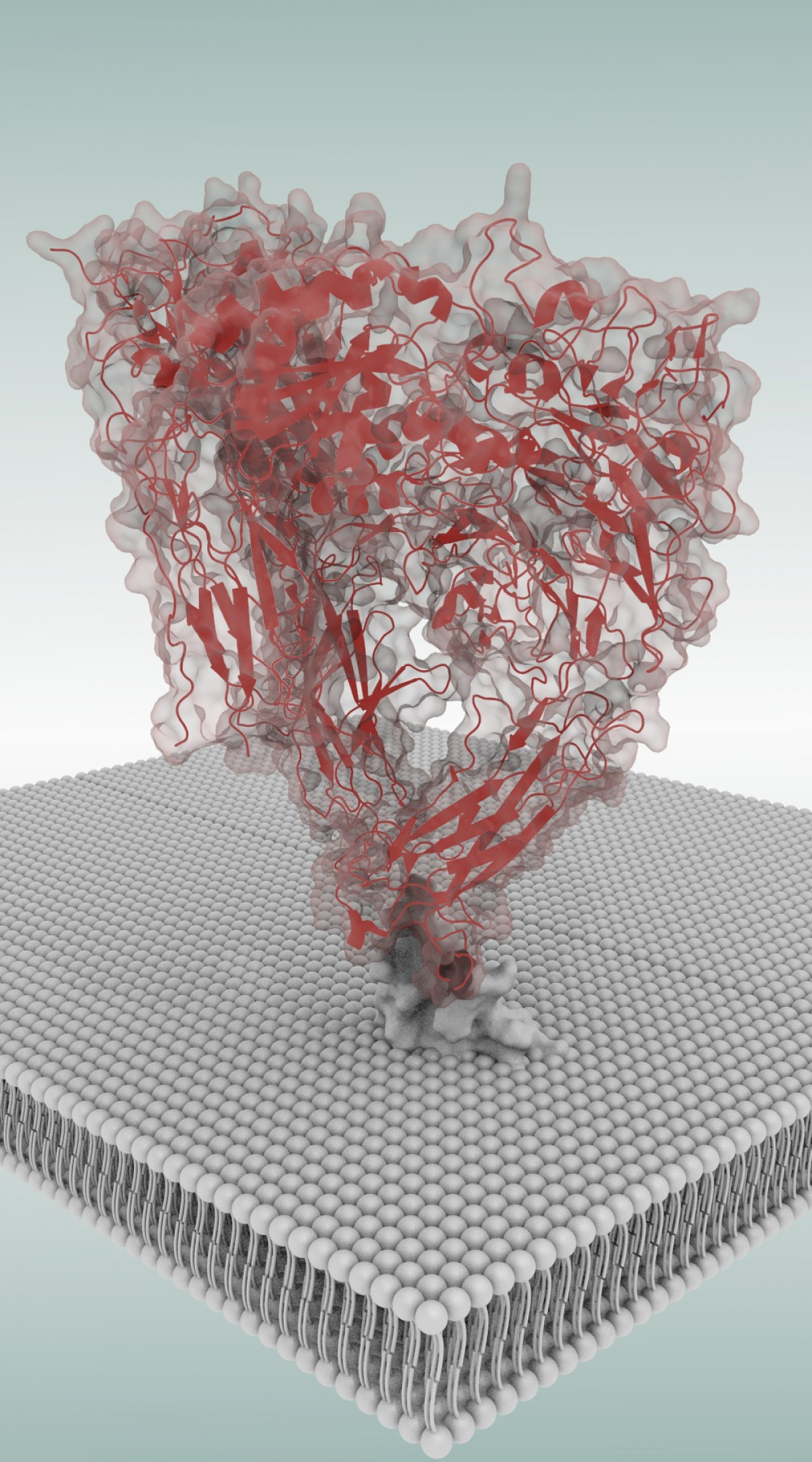 The protein known as CD46 (cluster of differentiation) has been a very popular object of research in the world of reproductive biologists since the 1990s. This molecule, also called complement regulatory protein or membrane cofactor protein (MCP), occurs on the plasma membranes of common human somatic cells. Here, its function is well known, as it protects them against complement attacks, thus also preventing our own cells from “being eaten alive”.

"In 2016, we described the behaviour and role of CD46 protein in sperm during fertilization. This led us to the idea of ​​using the protein as a marker for diagnosing sperm quality," adds Dr. Kateřina Komrsková. In many patients who have an unexplained infertility problem, disorders in the expression of this particular CD46 gene have been found.

Simulation of CD46 and beta1 Integrin relocation on sperm 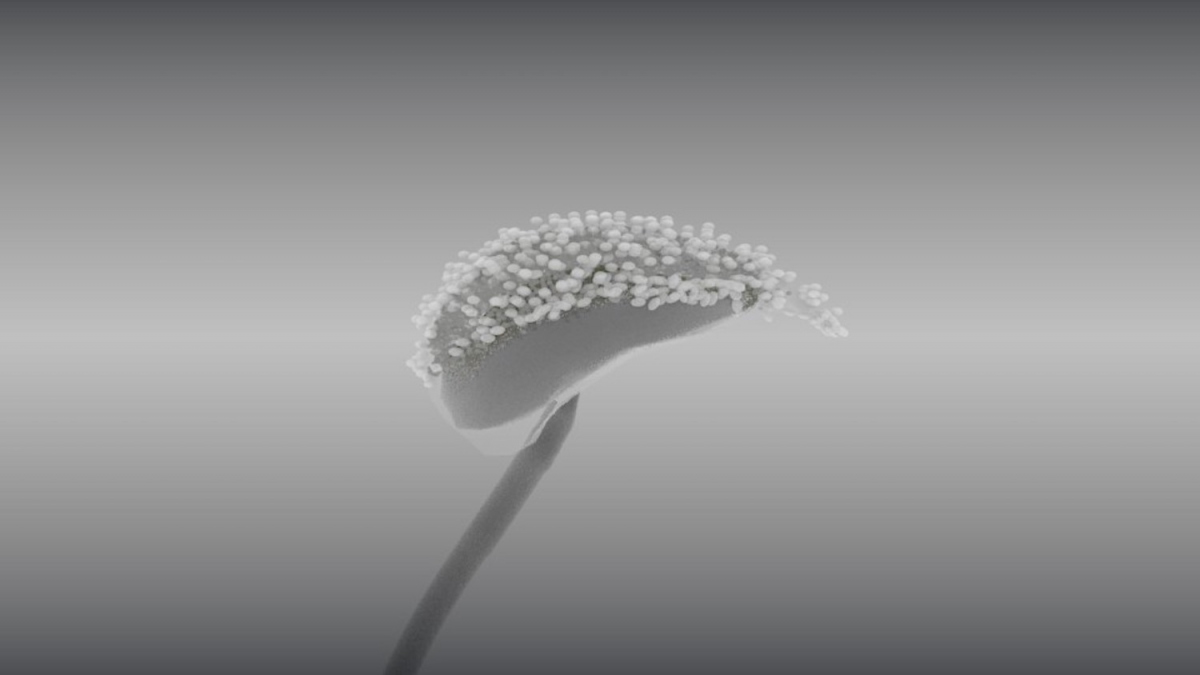 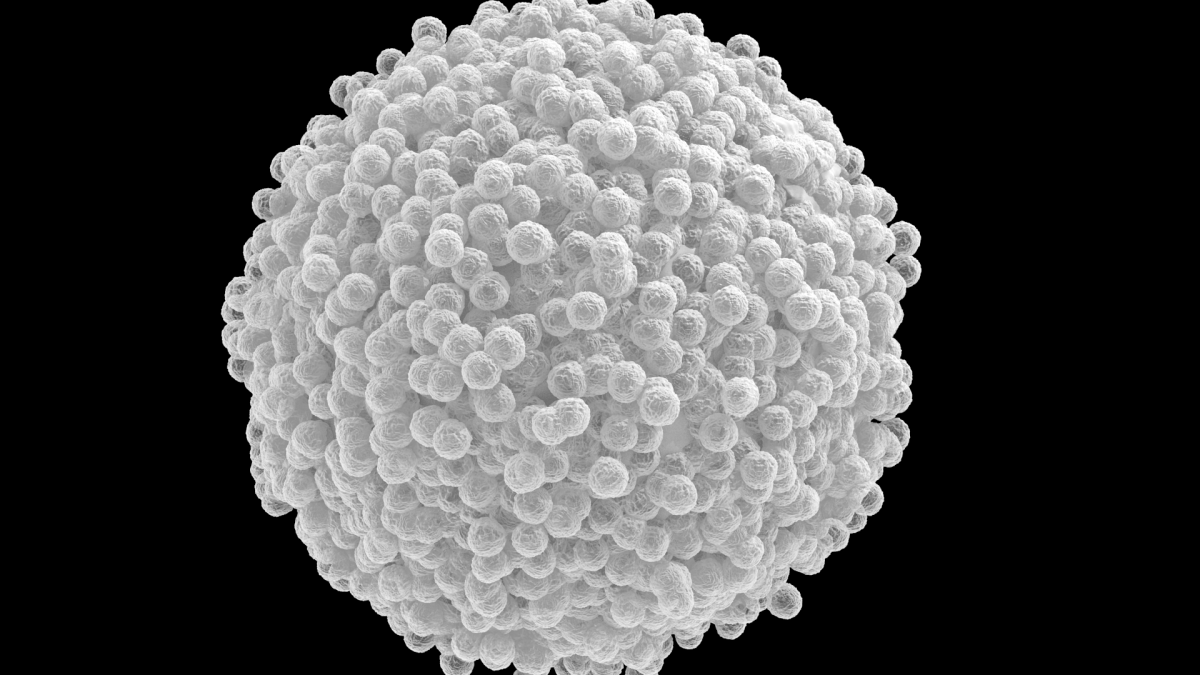 Since 2015, BIOCEV has been running the Laboratory of Reproductive Biology at the Institute of Biotechnology of the Academy of Sciences of the Czech Republic. In her work, she has long been interested in the function of selected gamete proteins and reproductive organs in the fertilization process. Recently, she has also studied the dynamics of proteins involved in sperm-egg binding interactions and fusions that contribute to the understanding of this complex process, as well as the identification of the influence of various environmental factors on genetic and epigenetic mechanisms causing changes in germ cell development, leading to new possibilities to help diagnose idiopathic infertility in humans, the growth of which is increasing.

About the Laboratory of Reproductive Biology

The Laboratory of Reproductive Biology of the Institute of Biotechnology of the ASCR has extensive experience in evaluating male reproductive parameters as markers of fertility disorders. Led by Kateřina Komrsková, the group focuses on the study of molecular mechanisms of reproduction and the nature of specific sperm proteins, which play a role in sperm maturation, sperm-egg interaction and early embryo development. Areas of interest include monitoring sperm quality in patients with testicular cancer and diabetes mellitus, as well as characterizing sperm antibodies in infertile couples. Many antibodies are used in Assisted Reproduction Centres, as well as for commercial use. Transgenerational epigenetic deregulation of microRNA expression has been shown to be induced by environmental factors, which plays a key role in germ cell differentiation, although DNA alterations have not been detected.