The Role of Metabolism, Signaling Molecules and Celluar Structures in the Process of Aging, Stress and Adaptation

The main topics currently studied included identification of specific metaboli processes and defense strategies important for long-term developoment of colonies and biofilms and different roles of celluar organeles (e. g. mitochondria, peroxisomes and autophagosomes). Different approaches are used in the studies that include, in addition to a wide spectrum of methods of microbiology, biochemistry and cell and molecular biology, unique techniques developed in the laboratory for investigating yeast populations. These techniques include, for example, specific approaches of two photon confocal microscopy. The research in the project takes advantage from of the close collaboration with project 2. 1. 5., which also includes collaboration with the G. Gilfillan group in Oslo, Norway of Czech-Norwegian grant funding.

The expertise that we offer involves physiology and cell biology of yeast populations, including an analysis of selected stress defense processes. We also offer cooperation in the field of immobilized yeast populations covered by our patent "Modification method of detection yeast strain" No 305223, which enables detection of different chemicals that have been applied in Disposable kit for detection of the content of cupric (Cu2+) ions in drinking waters and industrial wastewaters developed with LentiKat's a.s. 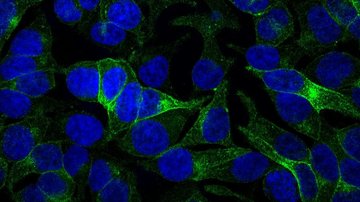 Palkova Z., Vachova L. (2012) Communication and differentiation in the development of yeast colonies, In: Biocommunication in Fungi, Edited by Guenther Witzany, Springer 2012, pp 141-154

Head of Group The Role of Metabolism, Signaling Molecules and Celluar Structures in the Process of Aging, Stress and Adaptation