Biogenesis and Function of Cellular Organelles in Pathogenic Protozoa

This project is focused on functional studies of genes and their products which are associated with biogenesis and function of specialized organelles such as highly modified mitochondria called hydrogenosomes and mitosomes in some parasites. The research of these unique cellular structures brings not only fascinating discoveries on the eukaryotic diversity, but more importantly it provides potential for the development of new anti-parasitic strategies.

The hydrogenosomes are unusual organelles present in certain anaerobic unicellular eukaryotes such as trichomonads, cilliates, amoeboflagellates and fungi. They were discovered independetly at the Rockefeller University in New York (Lindmark and Muller, J. Biol. Chem., 248:7724-7728, 1973) and at the Charles University in Prague (Cerkasovova, A., Lukasova, G., Cerkasov J., and Kulda, J., J. Protozool., 20:537, 1973) more than 30 years ago.

However, the origin of these organelles is still question of debates:

The mitochondrial origin of mitosome is supported by

Metronidazole is a drug of choice for treatment of trichomoniasis as well as other infections caused by anaerobic pathogens. The selective toxicity of metronidazole is based on its reductive activation by low-redox electron carriers such as ferredoxins. In T. vaginalis the drug is activated within hydrogenosomes containing ferredoxin-linked electron chain. The electrons are genereted by oxidative decarboxylation of pyruvate or malate by activity of pyruvate: ferredoxin oxidoreductase or NAD-dependent malic enyzme, respectively. Under anaerobiosis, the terminal acceptor of electrons is hydrogenase producing molecular hydrogen, while under aerobic conditions the electrons are accepted by oxygen. Metronidazole compete for the electrons with hydrogenase or oxygen, which results in its reduction and release of cytotoxic nitroradicals.

There are two type of metronidazole resistance:

T. foetus is a well know parasite causing sexually transmitted disease in cattle, while T. suis is considered to be a commensal of pigs. In Europe,

T. foetus was almost eradicated, while T. suis is still a common organisms.

Their morphology is identical:

In collaboration with proteomic groups at the University of Birmingham, Alabama, USA and Jacques Monod Institute, France, we initiated investigation on Trichomonas vaginalis hydrogenosome proteome. 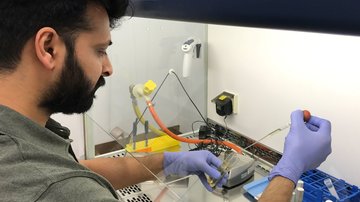 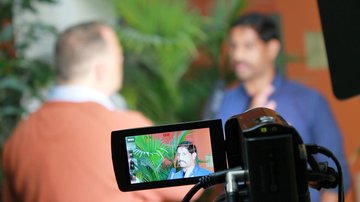 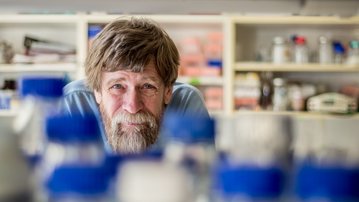 MICOBION Lecture: The Biology of the Parasite Cryptosporidium 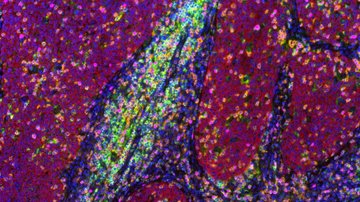 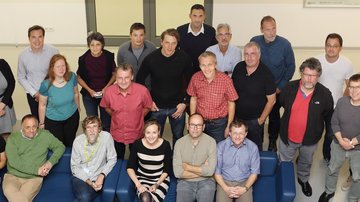 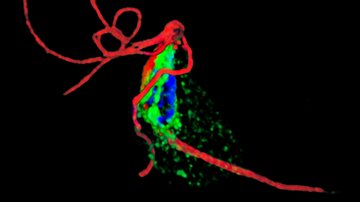 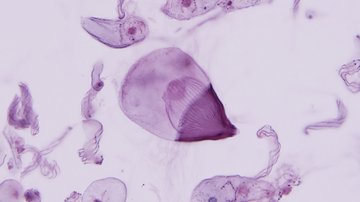 Project MICOBION was officialy launched on September 1st. Kick-off will be held on 9/24 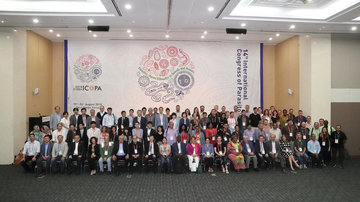 Poster by Nadine Zimmann and her colleagues was selected from hundreds of posters and awarded one of the best presentations! 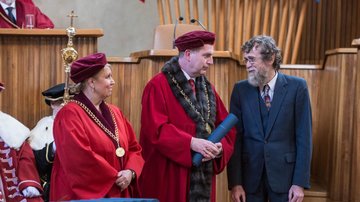 Head of Department of Parasitology of the Faculty of Science CUNI

Join with us the study of patogeny protists , which are important in human or veterinary medicine (trichomonads, giardia, Entamoeba histolytica, trypanosomes) and other protists, mainly flagellates, which are interesting through their fylogenetics or through function of their organells.

The Institute of Parasitology CAS