The tau protein is an important factor linked to the development of human neurodegenerative diseases, including Alzheimer's disease. Yet there is still much we do not know about tau and other similar proteins. The most recent discoveries come from the work of an international team (Siahaan et al.) including co-authors from Faculty of Science, Charles University, Prague, Lenka Libusova, Ph.D. and graduate student Tereza Humhalová. The study has been published in Nature Chemical Biology. It shows that tau protein can form coatings or envelopes on cytoskeletal structures of the cell called microtubules. These subsequently change the properties of the coated microtubules and also prevent the passage of certain molecular motors that provide intracellular transport just by moving along the microtubules.

Microtubules are thin tubes inside cells that serve as pathways for transporting various cargo (vesicles, mitochondria, other microtubules, protein complexes) from one place in the cell to another. In smaller cells, this transport operates over short distances, but in cells that are generally large or elongated in one direction, transport over long distances must also be provided. Nerve cells with their extensions are a typical example of cells where microtubules provide transport of cargo often over distances of many centimetres. However, if the microtubule pathways are damaged and/or the transport processes do not proceed correctly, neurodegenerative disease can develop.

The proteins that bind to microtubules are collectively referred to as MAPs (an acronym derived from "microtubule-associated proteins"). MAPs are very important players in the cytoskeletal orchestra of the cell, as their binding influences microtubule stability, ensures anchoring of the microtubule network to the cytoplasmic membrane, or interconnection with other cytoskeletal structures. In particular, MAP2 and tau proteins, which belong to the same protein family, form protective envelopes on microtubules. The envelope-protected parts are resistant to the enzymes that degrade microtubules.

Newly published work by two Czech groups (Dr. Zdeněk Lánský from the Institute of Biotechnology of the CAS in the BIOCEV centre and Dr. Lenka Libusová from Faculty of Science, Charles University, Prague) in collaboration with scientists from the University of California (UC Davis) shows that MAP2 and tau proteins cause even more by their binding to microtubules. If they cover a part of the microtubule with their cooperatively bound molecules as a coating, then they also induce a change in the microtubule structure in that part. The microtubule will shorten without releasing any building unit, only becoming more compact in the coated area. Interestingly, the relationship between the presence of the envelope and the length of the microtubule is also reversed - if the microtubule is stretched by an external force, then the coating formed by tau or MAP2 molecules falls off. This raises the question as to what purpose this sensitivity of the envelope-coated microtubule network to mechanical tension might serve in nerve (or even muscle) cells under physiological conditions. 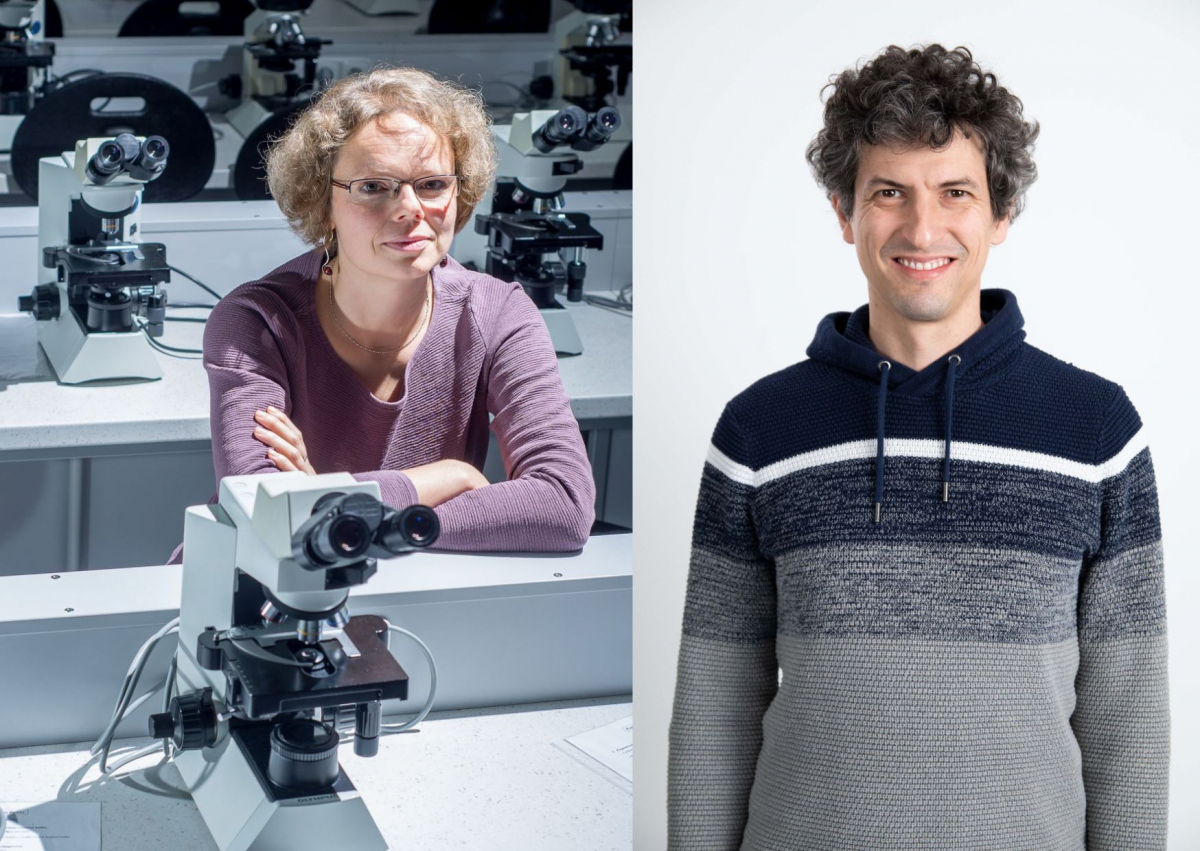 Another interesting property of tau and MAP2 protein envelopes is that they selectively affect the passage of molecular motors along microtubules. While dynein motors moving towards the cell nucleus (retrograde) can overcome tau or MAP2 envelopes, for some kinesin motors moving towards the plasma membrane (anterograde), these regions are a major obstacle. Thus, on microtubules, the binding of the studied MAPs creates regions in which cargo transport is restricted to transport in one direction only or passage is allowed only to certain types of molecular motors. Particular sections of microtubules thus acquire different functions, which is important for the proper functioning of the nerve cell. The tau family proteins seem to hold many more surprises.