Contractility is an essential biological process enabling cells to divide, move and change their shape. The established understanding of cell contractility is based on the action of myosin motor proteins sliding actin filaments relative to each other. An international team of scientists from the Institute of Biotechnology of the Czech Academy of Sciences in Prague and the Technische Universität in Dresden now discovered a novel mechanism of cellular contractility independent of molecular motors.

To proliferate, cells divide. Thereby, division in animal cells is driven by a contractile ring-like network, which forms at the cell cortex and cleaves the mother cell into two daughter cells. The canonical model of this contractility is analogous to muscle contraction: myosin motor proteins recognise the structural polarity of actin filaments and move along them in a step-wise fashion in directed manner while consuming the chemical energy in the form of ATP. During this process, linked myosin motors can slide antiparallel actin filaments relative to each other, causing the contraction of the filamentous network. The scientists now found a novel kind of actin contractility independent of actin polarity, myosin motor proteins, and even ATP consumption.

The new mechanism is propelled by anillin, an actin filament crosslinking protein. While creating a diffusible link between the actin filaments, molecules of anillin present in the overlap between the filaments can be understood as confined gas particles. Between partially overlapping filaments, entropic expansion of the anillin gas generates a force that drives the sliding of the filaments in the direction maximising the overlap and thereby contracting the filamentous network. "It is like the expansion of steam in the cylinder of a steam engine," says Ondrej Kucera, a postdoc in the Lab of Structural Proteins at the Institute of Biotechnology and the first author of the study. Notably, the magnitude of the force generated by anillin is comparable to that of myosin motors. "Our results suggest that anillin can generate biologically relevant forces," adds Zdenek Lansky, group leader at the Institute of Biotechnology.

Figure: Overlay of consecutive micrographs of a contracting actin ring. The location of anillin-GFP indicates the actin ring at its initial size (magenta), as well as the size after 148, 358, and 738 seconds (cyan, yellow and white, respectively) into the beginning ring closure. scale bar: 5 µm. 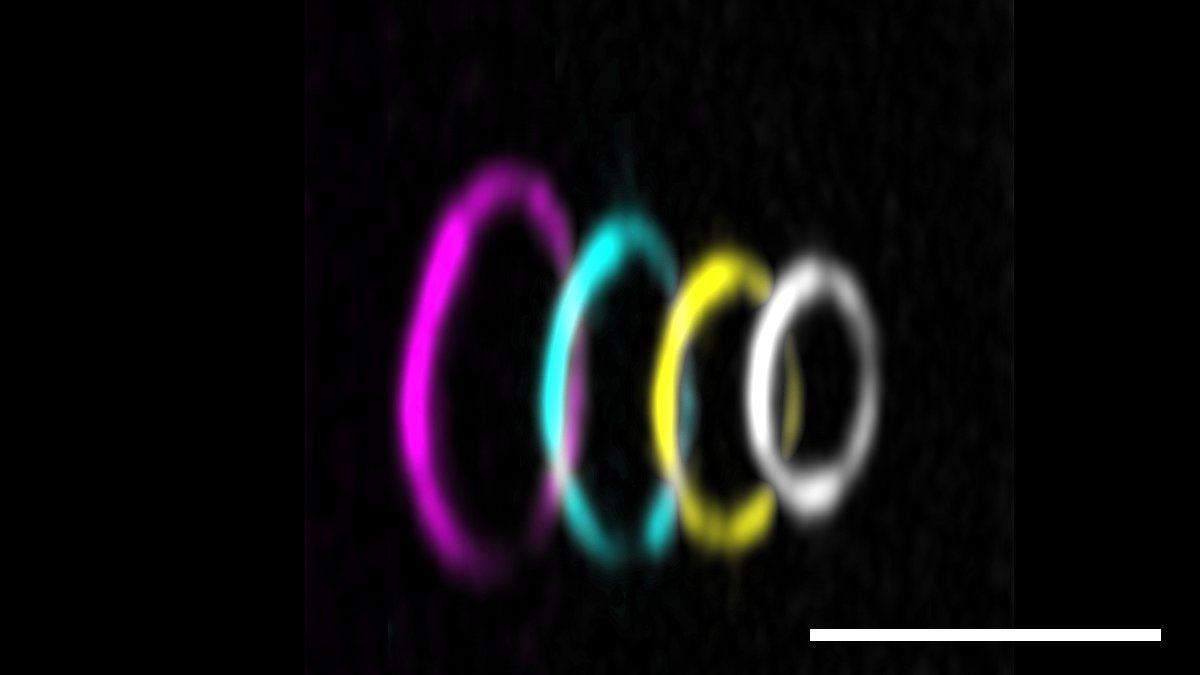 The discovery helps to explain how contractile rings drive cell division in animal cells. Ondrej Kucera elaborates: "For decades, we have suspected that myosins alone cannot constrict actin rings. With the forces generated by anillin, our understanding of the contractile ring is now far more complete." Since failure of cell division is responsible for the onset of various pathological states and diseases, the advanced understanding of the contractile machinery paves the road for potential clinical applications.